Mstrkrft performed a DJ set in Toronto last Friday at Coda for the first time since 2016.

The duo played an eclectic two-hour DJ set to a sold-out crowd. You can hear a live recording of the set below:

I was grateful for the opportunity to chat with them before their set. In 2016, they released an album titled 'OPERATOR', with Last Gang Records. Not only do I love their past releases, but I've been super into their newest EP, 'Sunshine of My Life.' I was eager to chat with them about their new direction.

The duo was recently on-boarded to mau5trap, which is deadmau5's record label. They have been touring with him since October and will be performing at various other deadmau5 shows until February 2020.

"It was a concrete opportunity to put an EP together to make a statement, a bit more than just singles. It's been great working with mau5trap and Joel on tour!" said Al-P.

Although they are now working with mau5trap, they also have their own record label, which is called Oro. The Toronto based label currently has a roster with 15 local artists, in which a brand new single is released every Friday.

"When we started out, the main goal was to do a release a week- nobody thought it was possible. Now, we've got over 50 releases and even a full-length record. There will be a single out every Friday all year, forever," Jesse Keeler said.

Ever since January 2019, Mstrkrft has been releasing new singles with Oro, some of which include music they have been making for the past three years that was kept under the radar. With that being said, they began releasing it under an alias by the name of 4x4. Keeler explained to me that the techno world is a bit of a niche scene and not something you can just walk into.

"We wanted to start letting the music out without the pressure because it's hard to change musical directions when people are very attached to what you did in the past," said Keeler. He compared it to when an artist makes a sculpture it's not typically as big of a deal as when a musical artist changes direction, "If you're going to make music you want to make, you have to be willing to do that. We weren't so willing to do that initially, but we just eased our way into it," Keeler explained.

I personally really enjoy their new EP. It's definitely deeper into a house and techno vibe, in which some fans have argued that this is a display of them going back to their roots. 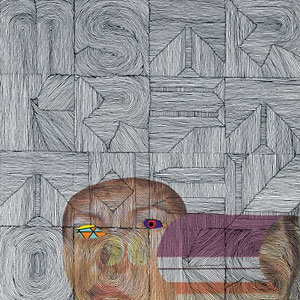 All of their artwork is very different from one another. I really like their latest, and was curious about what inspired it, "Throughout all of the releases we've put this year, both as the alias and as Mstrkrft, we just sort of found a theme and we just keep going with it," explained Keeler. I was also curious about who did vocals on the tracks, and it turned out to be a mixture of the two!

When it comes to performing live, they are currently focused on DJ'ing. 'OPERATOR' was a concept record completed with live sequenced synchronized hardware.

"The only computer that was involved was the computer that was recording it," he continued. Keeler jumped in and said, "We have played legitimately live and it was a ton of work, although enjoyable. DJ'ing is a bit more fun but also in the context of the record label, we can't really support the label with what we're playing if we just play live," he explained.

Al-P defined the duo as 'prolific producers' when they began the project, because in the first 18 months they made 15 mixes, along with a full-length record.

"We were always producers that DJ'd. Throughout that time everyone said, "you should play live! and they compared us to Justice, or whoever was playing live. Inevitably, you know people who were playing live at that time, they had props and playback with some elements on top. We said, "No, we're not going to portray the essence of production, rather producing music and DJ'ing and not compromising it by trying to approximate it with some kind of live set," said Al-P.

This inspired them to make their third record authentic and 'real.' When they toured the record, Al-P explained that they would "play elements of the songs on the record but also segway and interlude with it if there were anchor pieces with improvisation with live techno with no safety nets." The duo wanted this not only due to their qualifications, but because that's how they worked in the studio, but he explained that they are ready to move on from that chapter.

"We're kind of looping back to DJ'ing and our productions. The label supports that because it gives us a platform to release our productions quickly, seamlessly and allows us to have a greater body of work in the long run," Al-P said.

Oro has released over 50 tracks, and you can keep up with them in this playlist created by Keeler himself, which he consistently updates with the new releases.

It was a pleasure to chat with Mstrkrft. Not only are they extremely talented and well respected in the music industry, but they put on one hell of a show. If this sounds like your vibe, definitely get out to one of their sets with some pals- it's a good time.

Being a Toronto Musician During COVID19